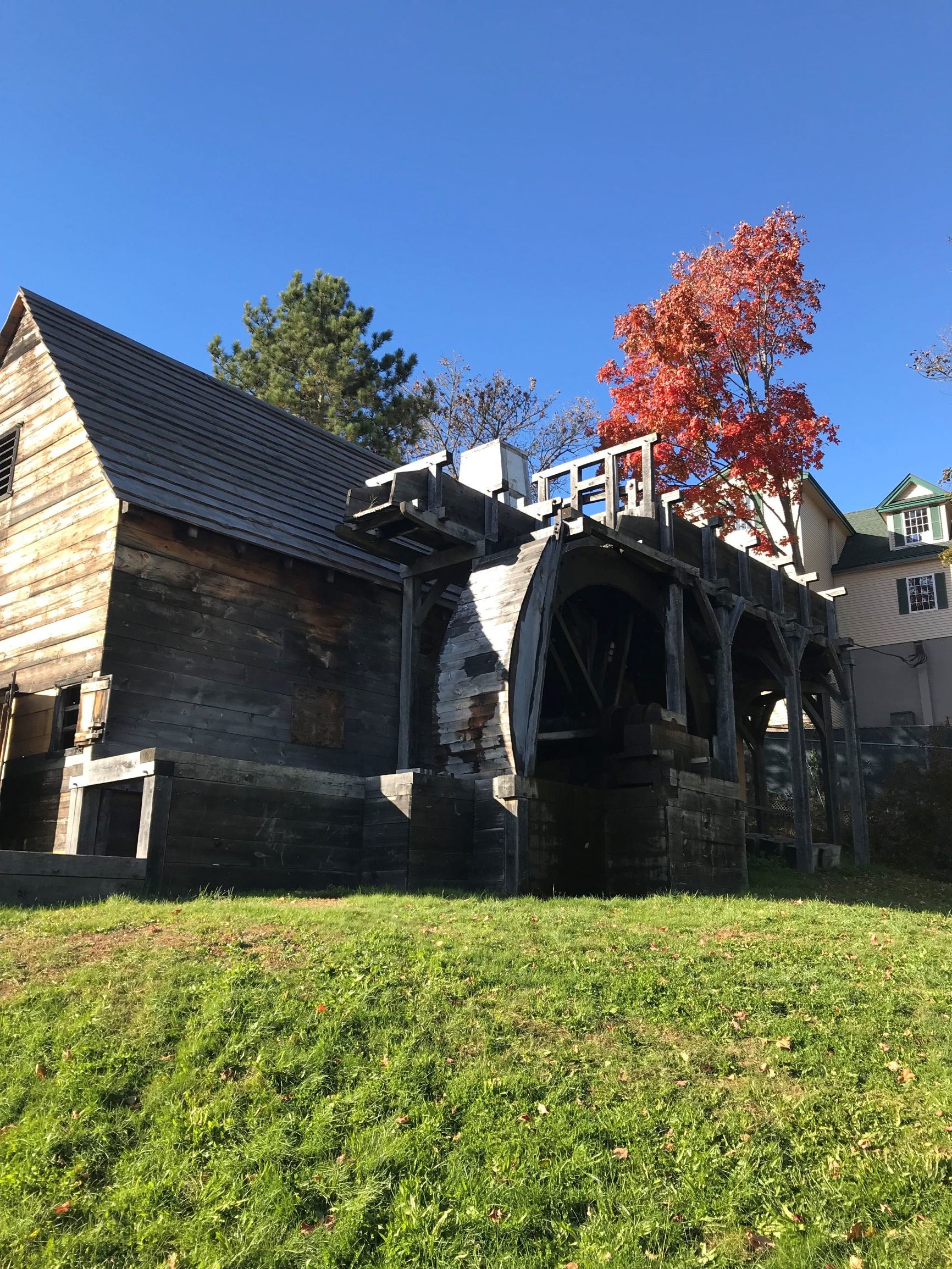 The Saugus Iron Works has been on my day trip radar for years. It's Early American History! It's technology! We can never seem to get there! It's open during a small part of the school year (mid-May to the end of October), so I'm going to give myself a break.

But this year, finally, I was going to make it happen.  Ideally, I like to study a subject and then do a hands-on project or museum visit after, but the site was about to shutter for the season and we had to just go! Saugus Iron Works is a reconstructed iron smelting and processing plant that ran in the mid-1600s in Massachusetts. We are up to the Mayflower landing at Plymouth in 1620 in our history curriculum. Close enough!

We got there at around 1:15, well before the next tour at 2:15. We watched the little movie and saw some artifacts at the museum. My student liked seeing the anvil and the huge two-man saw the best. I'm pretty sure the last time he saw an anvil was in a coyote and road runner cartoon. Or Minecraft. 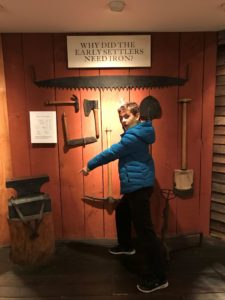 We still had some time before the tour started. On this field trip, there was an actual field! My student saw this and immediately ran to the car to retrieve his soccer ball. I just tried to snap pictures of the peak foliage. 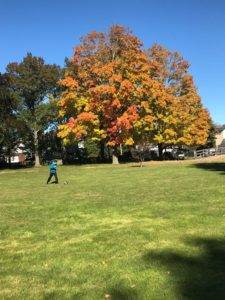 Some retirees also joined us on the tour and it was great having just 6 people in our group.

What was intriguing about this location was that there was a manufacturing presence so early in America. The Pilgrims landed in 1620 and by 1646, English settlers were already banging out widgets in the form of nails, pots, and anvils. That escalated quickly!

First, they stuffed iron ore, charcoal, and something called flux (an agent used to separate the iron out from the ore) into this huge furnace. Note the child's head at the top for scale. 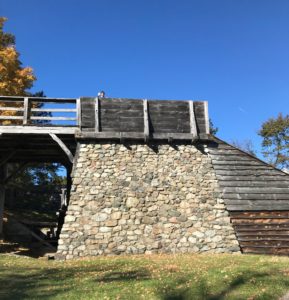 A water wheel turned this roller which worked the bellows to pump air into the furnace so it would heat to 3000 degrees! 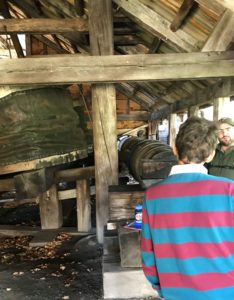 Eventually, the molten iron would flow out like lava from the base of the furnace to pool and cool in the sand. 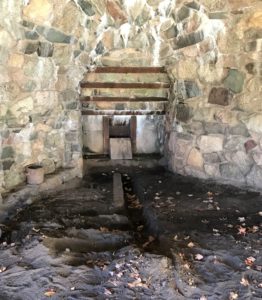 Some of this iron was used to make nails. Another water wheel powered this contraption which flattened and cut the iron into strips. 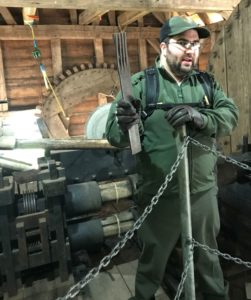 Our tour guide also pointed out some "easter eggs" that one of the reconstruction blacksmiths hid around the property. If you visit, ask where they are! 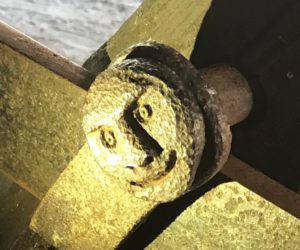 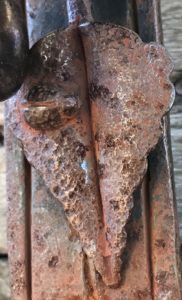 They had another tour of the main house which focussed on life in colonial America. My student was ready to leave, so we will have to return to that in the spring. It is limited to 8 people, and you have to sign up when you arrive. We'll also have to go back to walk the nature trail. Someone left his coat in the car and was freezing, although he tried not to complain too much.

Did I mention it's free? Even the penny flattening machine is free. Other places charge for that. (I'm looking at you, Niagara Falls Visitor Center!) 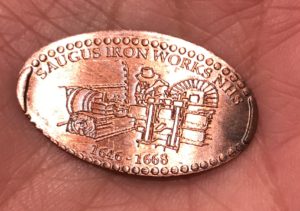 Overall, it was a great experience.

If you enjoy trips back in time, free factory tours, and big open fields, I highly recommend a visit to the Saugus Iron Works National Historic Site in Saugus, MA.