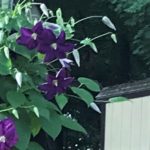 As fall approaches in the COVID-19 era, many families with school-aged children are deciding what to do when the school year starts. Do they send their kids back to school? Are the new rules about masks satisfactory? Are there other options? More families may be considering homeschooling. In light of that, I was asked to contribute to a book entitled Why I Love Homeschooling: 24 Parents Share the Joys & Challenges of Educating Their Children at Home. It is available now on Amazon as an e-book or paperback. If you are looking for stories of what homeschooling looks like in a wide variety of settings, this collection is for you.

The chapter I contributed is below. (The pictures are added; they don’t appear in the book.)

My husband and I have always known that our children were gifts from God. We are Christians and want to be faithful to God in all things, including raising the children He has given us. Proverbs 22:6 says, “Train up a child in the way he should go; and when he is old, he will not depart from it” (The New King James Version). We decided together early on that we would take responsibility for our children’s education. Eventually, we even gave a name to our little homeschool: “The HI Road Academy”—“H” for Humility and “I” for Integrity. We wanted these traits to be at the root of the journey we were on together. While we had academic aspirations for our children, we always had the following big-picture goals in mind:

Before leaving school, the student shall be equipped to

And others shall recognize that he is

WHAT I LOVE ABOUT HOMESCHOOLING

We have a plant in our front yard called a clematis. It’s set at the base of a light post and every spring it sends out runners. In July it blooms with great big purple flowers which have wonderful curb appeal if I train the runners upward.

The key is timing and gentleness. The runners grow so fast, if I don’t deal with them, they will just end up entangled at the base of the post. If I tie the runners to the pole and adjust the ties as they grow, eventually I’ll end up with dozens of flowers scattered around the pole and encircled about the light. I can’t tie the stems too tightly to the pole or I’ll break the runner. Loosely tying them to the pole and allowing them to naturally inch their way upward gives the best results.

Our children are the same way. The rapid growth when they are young can be trained upward and outward to where they can do the most good. But this training must be provided gently and at the right time.

What I love most about homeschooling is having the freedom and flexibility to guide my children as they grow. All children grow at their own natural pace. By homeschooling, I can see pretty quickly if an adjustment needs to be made. I can support them so they can grow up in a way that makes the most sense for them.

Throughout our homeschool journey, one of the supports we give them is prayer. What’s best for them? How does the Lord want to use them? What are their natural abilities that He wants to use for His service? For one child it was geography, computers, and visual arts. For another, it was planes, birds, and competitive debate. The third is still young, but he has already demonstrated a natural gift for music and composition.

The beauty of homeschooling is that we were and are able to provide a personalized education for each of them. An Individualized Education Program (or an IEP) is typically only created for students with learning difficulties. Why? Why shouldn’t all kids get an IEP? I picture Oprah pointing at her audience: “You get an IEP! You get an IEP! Everybody gets an IEP!” Kids are all different. Why should they be educated all the same way?

When my geography lover wanted to spend hours using Google Earth to zoom in on Alaska and find out what the population was for each city or tiny town, he had that freedom. When my bird lover wanted to spend the day viewing birds in the coastal areas of Massachusetts, we went. We rearranged the living room so our budding composer can more easily access the piano, which he plays several times a day.

I’ve seen incredible growth in all my children, and being there to support them has brought me so many joys: unexpected hugs from my youngest, lessons on computer security from my oldest, and, from the middle child, free consulting on birdsong identification. These are beautiful flowers that I can enjoy.

Side benefits of homeschooling include flexible bedtimes and mealtimes! We can all eat with Dad who sometimes doesn’t get home from the office until late. And there is flexibility during field trips! Do you want to linger on the nature trail while you strain to hear a particular bird? Sure. Do you want to stop in the middle of the aquarium to tell me new details from the day when you were at the beach and a jellyfish stung you? Go ahead. We have all day.

And because we had all day, every day, when it came time for my oldest two to graduate and leave the house for an out-of-state college experience, I was ready. (I believed they were, too!) I had had my time with them.

There were and continue to be many challenges! I think of my active middle child. He had a hard time sitting still while I read aloud, so I allowed him to throw and catch a football while he listened. Another time, my oldest, as a fourth-grader, wanted to read the book Freakonomics. Some of the content was a little mature for a nine-year-old so we read it together.

As a homeschool mom, I have to be able to analyze and solve problems when things don’t go according to plan. How do you teach English when the baby needs so much attention? Squeeze it in during naptime. How do you make sure the children are getting enough physical activity, especially during the winter? We tried a bunch of things: Wii Fit, snow shoveling, even football in the backyard! During the high school years, being able to participate in winter sports at the local public school gave them plenty of ways to stay in shape during our cold and dark New England winters.

My middle son, when he was a pre-teen, had a tendency to see things that were wrong and voice his concerns—to the exclusion of anything else. Just like on my developing plant, this was a runner that needed to go in another direction! One day, I told him gently but forthrightly that constantly thinking negative thoughts wasn’t productive. “It’s not a good way to live,” I said. It was a quick conversation and with some kids, “lectures” such as this one wouldn’t be fruitful. But I knew my son, and the reasoned approach worked immediately. He still picked up on what was wrong with the world, but his optimistic side came out more often.

Occasionally, what I thought was a great idea was not always well-received. This year, I bought a specialized curriculum for teaching geography. By the end of the year, students would be able to produce a map of the world freehand from memory! Despite my enthusiasm, my youngest just didn’t take to it. He did try to please me, but he also complained a good bit. He struggled with sketching what he felt were less than perfect maps. Instead of pressing on, I humbly admitted it wasn’t working. What kind of geography project could he do that would prove his knowledge but draw on his love of music? I suggested he memorize “Yakko’s World,” a song that lists just about every country in the world to the tune of the Mexican Hat Dance. In the animated version, as Yakko sings, he points to each country. Now my son is excited to practice, and daily recites as much as he can.

Sometimes the challenges come from the outside. My oldest wanted to join the soccer team at the local public high school. Unfortunately, he wound up having to sit out the season while the administration jumped through bureaucratic hoops to update one paragraph in their policy in order to allow him to play. Now the updated policy has turned out to benefit other homeschooled students in our town—including his younger brother—who wanted to participate in sports at the high school.

Last year, my local superintendent’s office sent me a letter saying I hadn’t filed the “Letter of Intent” required to homeschool in my state. Because I keep good records, I was able to prove to them that I had. (Pro tip: Always send a letter of intent via certified mail!) I personally showed them the postcard with the signature of the person who received my letter. It turned out there had been a change in personnel and that was why some homeschool records couldn’t be located.

Though such challenges have been considerable, the rewards have been greater. In his senior year, my oldest won a Gold Key Scholastic writing award for his essay arguing why we should get rid of the penny. I remember attending the award ceremony for the regional winners in Boston. The mom sitting next to me told me which school her daughter, who was also getting an award, attended. Later, I discovered it was a high-priced private high school. It made me feel good. And, truthfully, there are some very good private schools. We would have been able to afford it if I had gone back to work. But then it would have been someone else hearing formative memories of a jellyfish sting. Or perhaps no one. And would there have been time for deep-dives into Google Earth or debate research? Would teachers at school see how and when to give a gentle nudge in the right direction? To me, the value of a homeschool educational environment is priceless.

And it may be that the greater rewards have not come from the academic setting. As seniors, each of my two older boys was honored with their public high school’s varsity athletic team’s “Unsung Hero” award. To have educational entities external to our “HI Road Academy” recognize the boys’ humility and integrity were wonderfully gratifying moments. “Well done, good and faithful servant[s]” (Matthew 25:21, The New King James Version).

My two homeschool graduates are doing well. One just graduated from college with an engineering degree. The other, also pursuing engineering, is halfway through his program. They both are following the Lord and are seeking to do His will. What more could we ask for?

“Train up a child in the way he should go: and when he is old, he will not depart from it.” Guide your children to climb toward the Light while they are young, and they will bloom for the world to see. 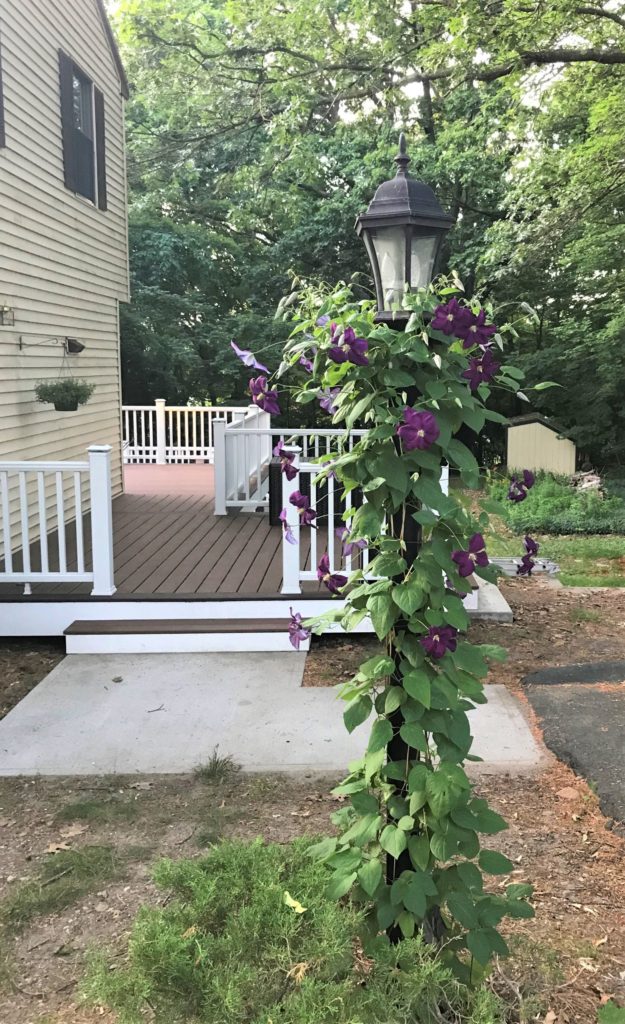 2 thoughts on “Why I Love Homeschooling”