I dropped out, trading the known for the unknown, swapping the safe for the strange.

During the past fifteen years of homeschooling our three sons, I have tried many different things, except backing away and doing fewer activities. These last few years have been a whirlwind of homeschool high school fare: speech and debate tournaments, coop science labs, online math curriculum, classes we designed ourselves, community college classes, driver ed, work (paid and volunteer) and three sports a year.

My youngest son was preschool and elementary age during this time. I had always felt sad that I hadn't taken him on the field trips the older two did when they were in the elementary grades. Instead, we traveled the country going to tournaments: All over New England, New Jersey, Pennsylvania, North Carolina, Minnesota, and even Oklahoma.

While he could say he had been to more places than other kids his age, had he really been getting the attention he deserved? I remember getting outdoors more with the older kids. I remember putting together complex paper crafts with them, such as this Parthenon. (Not a paid ad, by the way.) 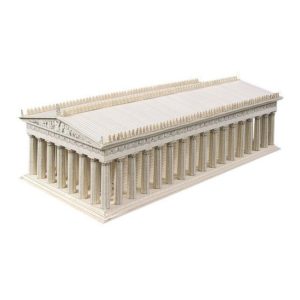 I  enjoyed endless hours of origami and paper airplanes. My youngest had always gotten the academic input he needed, but with all the goings-on that accompany high school (away games, Eagle Scout projects, college applications), it seemed that hands-on activities and trips to museums remained undone.

Now that the two oldest have graduated and are off at college, I vowed this year would be different. My one remaining student and I would step away from the usual homeschool coops and all the planning and scheduling they bring with it.

I had Big Plans.

We'd be able to stop in and see friends on a whim if we wanted to. There would be a lot more time for hands-on fun and field trips. No more following the dictates of someone else's schedule. (Admittedly, one of those people was me. I ran a speech and debate club and set the schedule of practice debates and speech coaching.)

So I dropped out.

I dropped out of the coop, the bimonthly Friday morning meetings that seemed to eat up all of Thursday with prep work as well. Even though he enjoyed playing with and learning with the other children, my extroverted fifth-grader agreed to a one-year leave-of-absence.

I dropped out of speech and debate club. This made a lot of sense, actually, because competitions were only open to students in seventh grade and up. After three years of Junior Speech (public speaking for the younger set), we were looking at two more years and I didn't want him to burn out.

So that is how I became a homeschool mom dropout.

Maybe it's more of a sabbatical.

But it's a little dangerous. All this freedom. What about socialization? What about accountability?

Untethered to a homeschooling group, what if I drift away?

It is a chance I am willing to take.

To get to know my son one on one.

To experience with him the historic sites in the area.

To take all day to explore a museum.

To linger in the woods while he finds the perfect stick.

I'm taking the chance now. While I can.

And that's why I began my "Year of Homeschooling Dangerously".

Watch this blog for more adventures!

10 thoughts on “The Year of Homeschooling Dangerously”