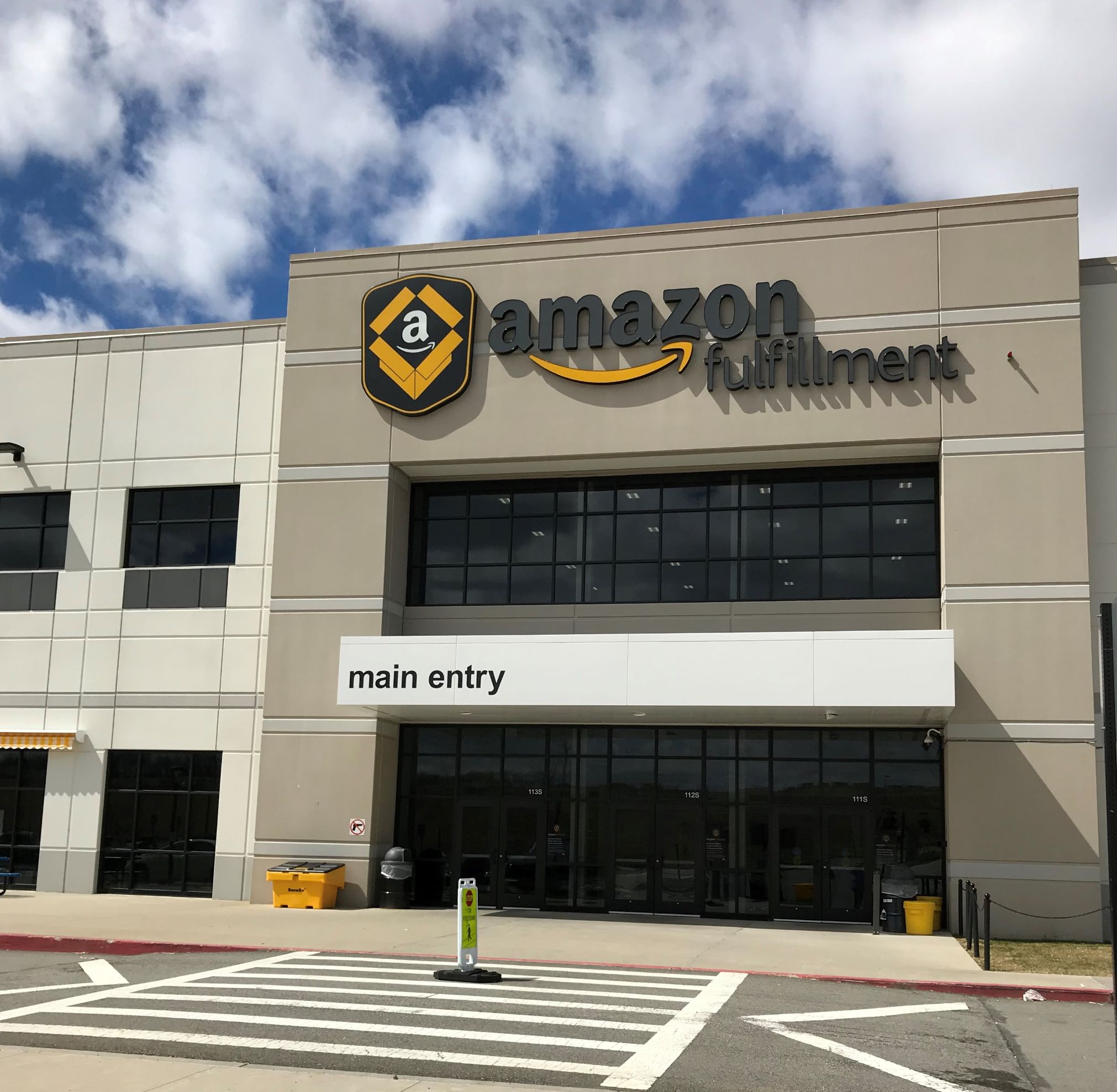 I love taking factory tours and seeing their inner workings.  (Especially if the factory makes something edible because: free samples. See this previous blog post.)

We order from Amazon fairly often and sometimes I feel like Wile E. Coyote, receiving deliveries with Acme-like speed and efficiency. When I saw that Amazon had started giving tours and that one of the fulfillment centers was only about an hour from our house, I got very excited. I immediately wanted to take my student to see where our shipping and handling dollars went. I invited some other homeschool families to go with us and together we had four families with ten people.

If you want to set up your own tour, check this page. The location near us is in Fall River, Massachusetts. You can schedule a tour for a group of up to ten people directly on the website. They can also accommodate larger groups if you contact them via the email listed on the website. You’ll need everyone’s name and birthday. (Hint: The form expects a four-digit birth year. When I didn't specify all four digits, here was the cryptic error message I received: “Please enter each person’s details.”  I repeatedly argued with the website about how I had already entered each person's details before I realized I had only entered the last two digits of everyone's birth year. D!oh.) 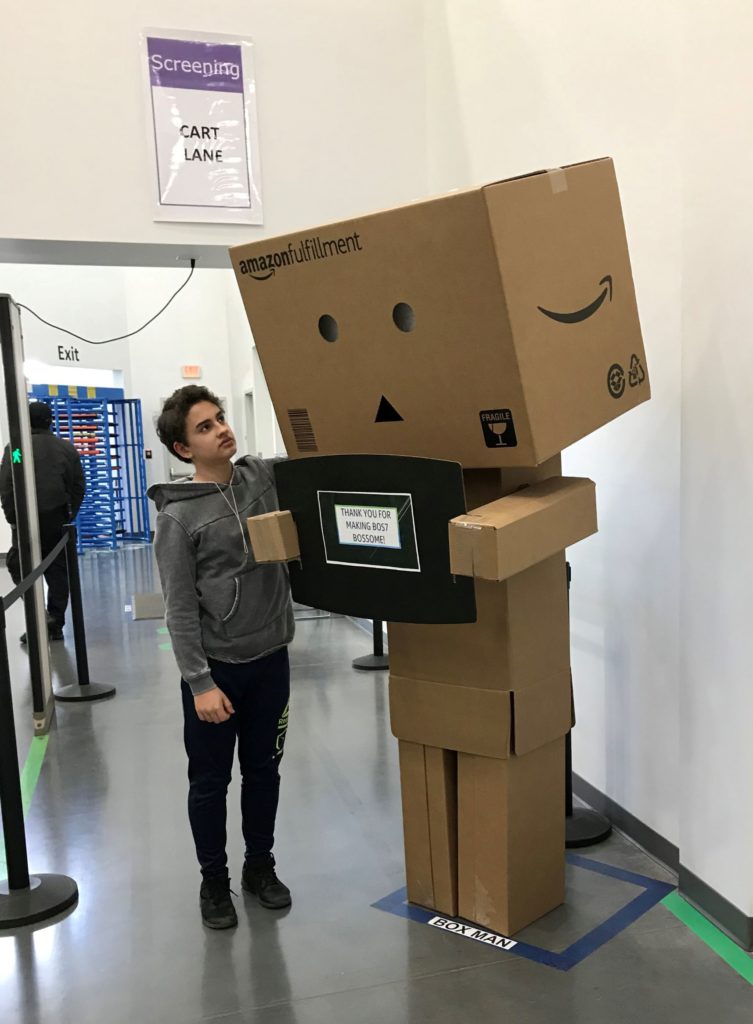 There was only one spot inside where they would let us take pictures, so allow me to try to describe our experience as vividly as I can.

After a brief welcome and orientation, we were handed bright yellow vests and headsets to wear. The tour guide was mic'd and the headsets allowed us to hear him easily, even in parts of the building that were loud.

The warehouse is a half-mile long. At the start of the tour, we could see from one end to the other. It was pretty incredible. The tour guide quoted a statistic of 1.2 million square feet, but it was hard to picture. When he said that it was equivalent to 23 football fields, we got a better idea of its massive size. The ceiling was some 70 feet above us. About half the building was filled with aisle after aisle of gigantic shelves filled with pallets of products.

Our tour guide explained that Amazon had two different kinds of warehouses: those with larger sized items and those with smaller items. The warehouse in Massachusetts had only larger products. The dividing line was 19 inches. One of the kids asked if both a 19-inch nerf gun and a smaller nerf pistol would be in the same warehouse. The answer was no. That helped explain why we always get multiple shipments! Another surprising thing was that the placement of the items was totally random. A pallet of dog food might be next to a pallet of diapers which might be next to a pallet of Instant Pots or even Nerf guns.

The tour guide often used "bag of dog food" as an example of a product someone might order. My student theorized it was because of the commercial Amazon ran during Super Bowl LIII.

The tour guide also mentioned that warehouses with smaller items—less than 19 inches long—have robotic pickers. But at this location, orders were filled by humans driving special carts around to retrieve items off the shelves. A cart and its driver could be raised up all the way to the top level if need be. Not a job for people afraid of heights!

Beyond the aisles of shelves were conveyor belts moving boxes of completed orders. The tour guide took us up to the second level so we could get a better view. One machine taped up the box. The next machine precisely placed a shipping label on the box with a perfectly timed puff of air. Lastly, a scanner communicated to the conveyor belt itself so that at just the right moment, the box was pushed off the main conveyor onto a conveyor that branched off and deposited the box into the correct truck.

The kids had lots of questions. Here are a few of them.

The tour itself took about an hour. Between meeting up with our friends beforehand and getting our stuff together afterward, we were there for about two hours.

The final surprise was swag! 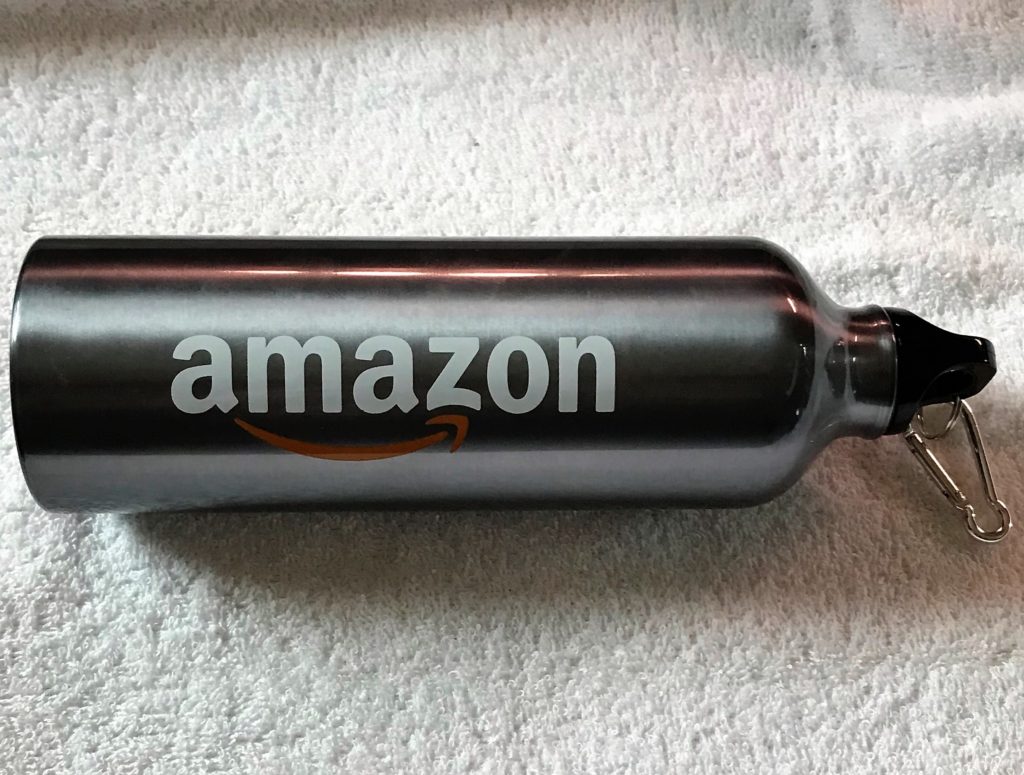 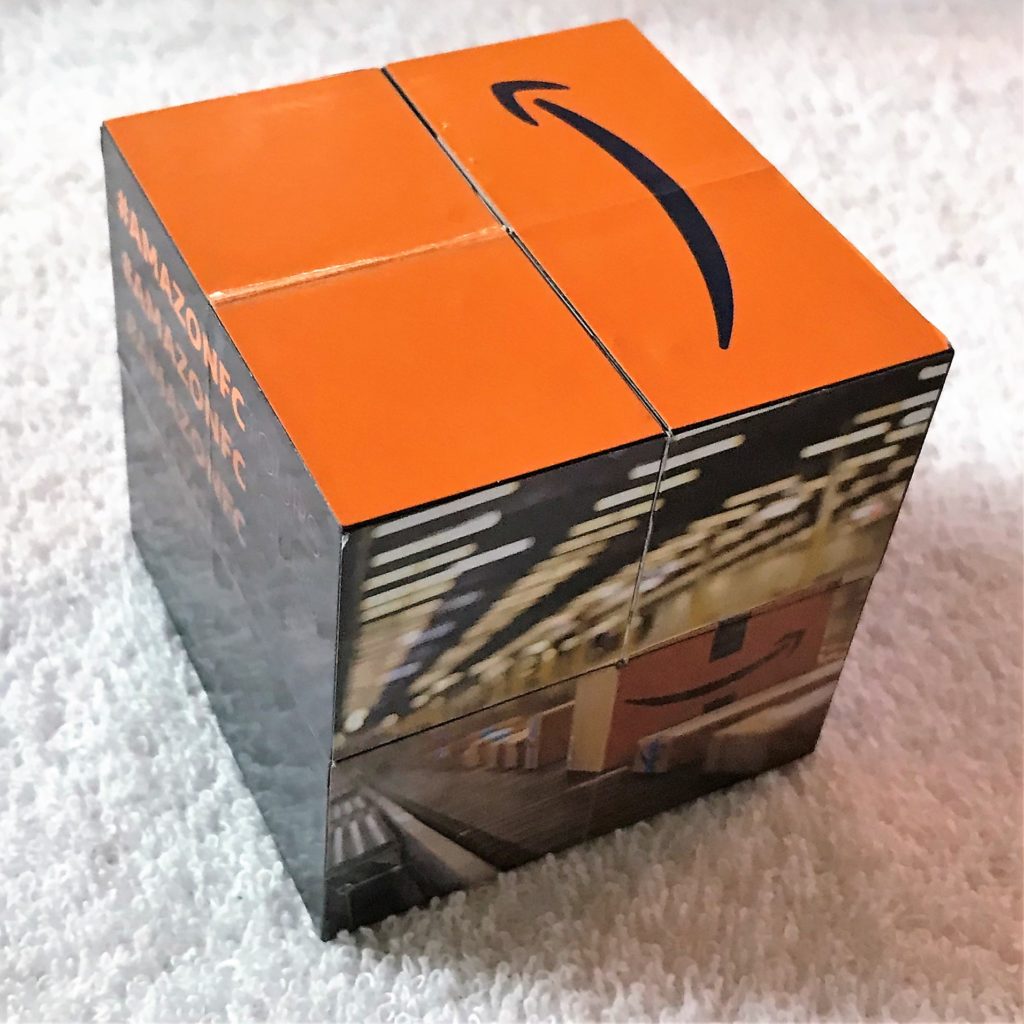 Everyone got a steel reusable water bottle. On top of that, the kids each received one of these cubes, which unfold a bunch of different ways to show more pictures.

Everyone in our group had a lot of fun. It was safe, fascinating, cool, and, best of all, FREE!